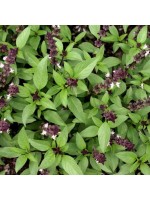 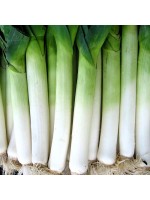 Endemic to Southeast Asia, particularly Japan, China and Korea although found as far as India, the Perilla plant is better known as ‘shiso’, ‘tai to’ or ‘kkaennip’. A popular edible herb, it can be found in plenty of Asian dishes as both seasoning and garnish.

Reaching up to around 1m tall, the Perilla has broad dark-green leaves, serrated and ovate in shape.

This variety has red leaves used in Japanese cuisine, and have a distinct, somewhat ‘spicy’ flavour similar to cinnamon, basil, and spearmint.

Flowers are small, bell shaped, produced on upright spikes from late summer onwards. The flower spike can reach up to 10cm long, with flowers only around 5mm long.

Traditionally used to add flavour to cold noodle dishes or wrapped around sashimi, shiso can also be cut thinly to bring out the flavour and sprinkled onto salad dishes, or added to stir fries.

Ready for harvest 8 weeks after sowing.

Frost tender. Prefers to be kept in conditions around 20°C.