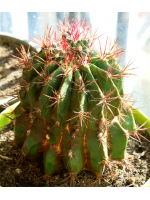 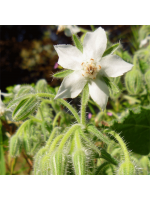 An attractive shrub native to South and southern Africa, this Leonotis is commonly known as the Lion's Tail or Lion's Ear, or the Wild Dagga. Reaching up to 2m tall, it is highly attractive to sunbirds and butterflies.

Leaves are around 10cm long, hairy on the lower surface, narrow and toothed. They are aromatic when crushed, like other members of the mint family.

The flowers are the real showstoppers, blooming on the end of the erect stems in bright orange inflorescences in tiered whorls that appear ball shaped. The flowers are rich in nectar and highly attractive to nectar-drinking birds and other insects. Infloresences appear during the summer season.

Used in its natural habitat as a medicinal concotion to treat a wide range of illnesses, though it should be noted this plant contains toxic compounds and should not be used in a medicinal context.

Frost tender to around 0°C, it can be kept at around -5°C for short periods of time.