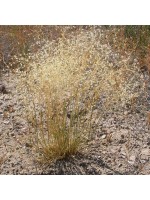 Juglans Ailantifolia is a species of walnut native to Japan known as the Japanese Walnut, or Heartnut, due to the stylised heart shaped seeds!

Foliage is pinnate with around 15 leaflets per leaf, each leaflet around 10 cm long. It flowers in June, producing male and female flowers on each tree and is self fertile. Male flowers are inconspicuous catkins, female flowers have pink pistils, producing the fruit later in the Autumn. The fruit is a nut in a green husk which can be used to make a yellowish dye, are produced in bunches of around 5 to 10, inside the husk is the hard, heart shaped nut which contains the edible seed.

Grows to a height of around 20 meters tall and a spread of 15 meters.