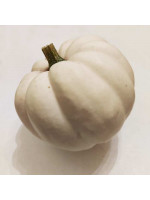 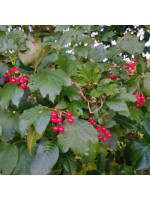 
Native across Europe, the Common Beech is long-lived and capable of reaching up to 50m tall with a wide rounded canopy.

Leaves are alternate, up to 10cm long, oval in shape with a pointed tip, with pronounced veins on each side of the leaf. Though not an evergreen, it retains its leaves over the autumn and winter months, dropping leaves in the spring instead. The bark of the tree is smooth, sometimes with 'etchings' appearing horizontally.

Monoecious flowers blossom from April onwards, as either catkins on the end of a long stalk (male) or in pairs surrounded by a cup (female), and are wind pollinated.

The wood of the Common Beach has been used to create furniture and tools, and used as fuel, while the nuts can be roasted and used as a coffee substitute. Young leaves can be eaten raw, and historically were used to create poultices to reduce swelling.

Enjoys full to part sun. Fully hardy down to -20°C.