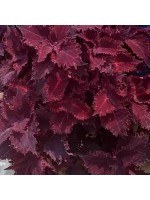 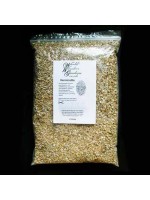 
Native across Europe, northwest Africa and western Asia and now naturalised across North America, this perennial reaches up to 90cm tall, with rosettes of delicately flavoured leaves.

Grows in bushy clumps with pinnate leaves, rounded with slightly toothed margins, around 4-5cm long. The leaves smell and taste faintly of cucumber and often eaten in salads, used as a garnish, or added to drinks as a mint substitute.

Brilliant red/pink petal-less inflorescences appear during summer months on a flowering stalk. The species is hermaphroditic, with female flowers having feathery stigmas, and male flowers having long red filaments that open at a later time.