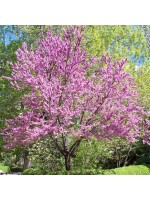 Chenopodium Giganteum is a annual plant native to mountain areas in India.

Its young leaves can be used in salads and it can be cooked and used like spinach, with a similar flavour.

Known as Tree Spinach or Magenta Spreen, it has bright magenta colouration on new growth.

It usually grows to under 1 meter with a spread of around 20 cm, on tall branched stems, and is in flower from July to October.